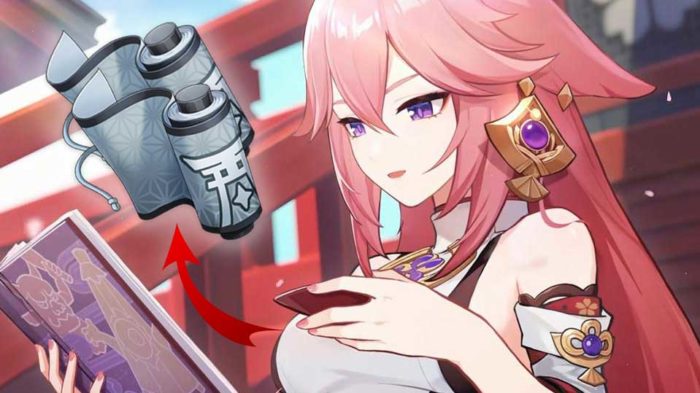 Light is the yearning of the land of thunder. Though the sun rays themselves should be blocked by layers upon layers of clouds, there are still those in the thunder god’s land who dream of piercing that wrathful sea of lightning to pursue the glory of the divine, fearing not that they shall be cruelly struck down.

When you clear the Vine-Infested Ruins in Violet Court in Inazuma on Wednesdays, Saturdays, or Sundays—depending on the week—you may get a Guide to Light as a random prize. These ruins contain every Talent material. It is also possible to create it at the Alchemy table by utilizing 175 Mora, three separate Teachings of Light, and other proper materials.

How to Get Guide to Light

When you complete Domain of Mastery: Vine-Infested Ruins II or III, you will be eligible to get Guide to Light. You have a chance to obtain between one and two of these items throughout each run. Additionally, you will get anything from one to three different Teachings of Light.

You will experience the effects of a Ley Line Disorder while you are within a Domain of Mastery. This is a permanent debuff that lasts for the length of the Rift.

The following Ley Line Disorder may be found in Vine-Infest Ruins II/III:

Everyone in the group receives a 25 percent increase in their electro damage bonus. There is an Electro Crystalfruit hidden inside the challenge, and at sporadic times, Nascent Electro Pearls will appear. Following the acquisition of Nascent Electro Pearls, a character’s Normal Attack, Charged Attack, Plunging Attack, Elemental Skill, and Elemental Burst will, upon successful contact with an opponent, release Falling Thunder and deliver Electro Damage.

After you have finished the domain, you have the option of redeeming your prize by using either 20 original resins or one condensed resin; however, this is not required of you. Characters Yae Miko, Sayu, Gorou, and Raiden can all have their skills leveled up with the use of the Guide to Light.

In the video game Genshin Impact, the character Yae Miko is a 5-Star Electro Catalyst. The major emphasis on this Yae Miko sub-DPS build is on maximizing the damage done by her elemental skill, which is the character’s primary source of damage.

The first phase of Version 2.5 saw the introduction of Yae Miko, and one set of her Talent Ascension Materials is the Light Series, which contains Guide to Light Genshin. The Nobushi Handguards and the Kairagi Handguards, in addition to The Meaning of Aeons from the Raiden Shogun Boss Fight, are additional resources.

Sayu is a little ninja that is linked with the Shiyuumatsu-Ban. As a 4-Star Anemo Claymore in Genshin Impact, Sayu plays a significant role. She is an expert at disguising herself and taking power naps, and her most pressing goal right now is to increase her height in the future.

Her skill ascension materials include the light series, which consists of Guide to Light Genshin among other titles. The other elements are the Whopperflower Nectar, the Shimmering Nectar, the Energy Nectar, and the Gilded Scales that are dropped during the weekly boss encounter.

The light series, which includes Guide to Light Genshin, is the set of resources that he uses to ascend his skill. Other elements include Spectral Husk, Spectral Heart, Spectral Nucleus, and Molten Moment from weekly boss battle drops.

The light series, which includes Guide to Light Genshin, is the set of resources that she uses to ascend her talent. Other materials include Nobushi and Kairagi Handguards, as well as Molten Moment, which may be obtained as a drop during the weekly boss encounter.

In Genshin Impact, the character Traveler (Electro) is a 5-Star Electro Sword character. The Electro Traveler’s Talents need all of the Talent Level-Up Materials from the Inazuma Domain, however, the exact materials required vary based on the Talent you’re trying to raise!

Her talent ascension materials include the light series, which consists of Guide to Light Genshin among other titles. The remaining components are as follows: an Old Handguard, a Kageuchi Handguard, a Famed Handguard, and a Dragon Lord’s Crown, which can be found in drops from the weekly boss encounter.

Resident Evil 8 Dev Spoilers And Leaks Continue To Spread Online
Why Is StarCraft II Not Dead Yet When So Many Others Are?
The Guide To The Best Gaming Laptops In 2021
Microsoft To Launch Next-Gen Windows 11 OS This Month!
Everything You Need To Know About Resident Evil Village
Tags: Gaming