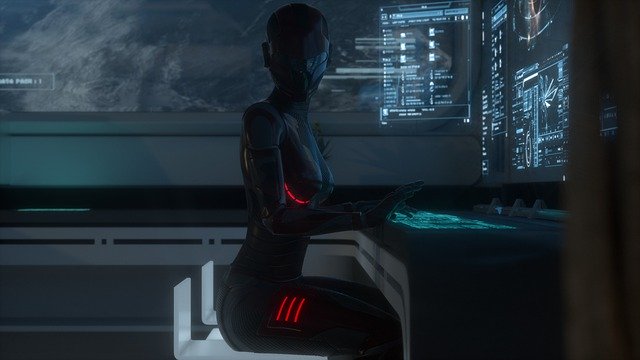 What is artificial intelligence?

Artificial intelligence has become a hot debate topic right now, shading even the big data, IoT, augmented reality, and automation. And many people around the world believe that it’s nothing but a hype spread by the tech companies.

However, the truth is that we have been using different fields of AI in our daily lives and business activities. We have been using AI in healthcare, gaming, home security system, smartphones, virtual assistance devices, finance, manufacturing, and even finding the right direction, such as in Google Maps and car-booking services such as Uber.

In truth, AI is a computer program that would have a mind of its own and perform tasks and think just like humans. Or at least this is what we are trying to create. However, in its true essence, AI is a broad field of study consisting of multiple sub-fields, such as NLP, neural network, machine learning, deep learning, virtual agents, and more, to create a program that could learn like humans.

So, what AI really is? How did it start? What’s happening in the world of AI right now? And where will it finally lead us?

In this article, we’re going to discuss everything you need to know about artificial intelligence right now and what the future holds for it.

The basic goal of ML is to enable machines to work by observing, analyzing, and learning from past experiences instead of having to give them manual commands at every step. The same thing we humans do.

To help you understand the difference better, let’s break down the integral parts of AI that make it functional. The three parts or stages of AI is:

The first stage, machine learning, currently focuses only on performing one specific function. The second stage, machine intelligence, will combine multiple functions to perform jobs with similar skill level as us. Right now, we are trying to transition from the first stage to the second one.

The History Of Artificial Intelligence

It’s important to note that there is no machine super-intelligence that exists in this world right now. However, we did manage to acquire many achievements in the field of artificial intelligence and machine learning. There are many possibilities for the future. But not even the best experts can say for sure exactly what the future holds.

What’s Happening In The Field Of AI Today?

If you think that AI is still a thing of the future, you would like to think about it again. Nowadays, many Fortune 500 companies and other small and medium businesses use AI/ML tech to get an edge in their respective industry. Here are some facts you need to know:

Let’s see how some of the companies are already using AI.

General Electronics, a more than century-old company, uses machine learning to make industrial machines smarter and more efficient. This way, they can successfully diagnose and fault and inefficiency in the machines, significantly reducing their downtime.

Starbucks are using Alexa from amazon to make the customer experience smoother.

Similarly, many big enterprises are leveraging the AI/ML tech to improve customer experience, increase work efficiency, and reduce the cost of running the company.

A lot of small businesses have also started using artificial intelligence in their business activity. However, only 21% of them are using AI technology as of now. But the adoption rate is increasing with every passing day, and one day, every business might use the AI/ML tech.

The Obstacles Of AI Technology

According to a survey, nearly 39% of the businesses don’t have a reason yet to use AI, and nearly 31% of them don’t even have the skills needed to implement it in their daily work. Another obstacle is that many companies don’t have or plan a defined budget to use AI/ML tech, and others highly doubt the reliability of the technology.

Fear is an integral part of being human. So, it’s only natural for people to be hesitant or become wary of things they don’t fully understand. Since machine learning and AI are a broad field of study, it has as many unknown risks as its potential benefits. As a result, many of the world’s top leaders, such as Stephen Hawkings and Elon Musk, are quite skeptical about AI, while Google, Microsoft, Amazon, etc. are excited to rip the benefits of it.

We think any technology can become dangerous if the people who handle it don’t have the right capabilities or don’t intend. Elon Musk said that someday a person might become so absorbed or obsessed with their work that they might not even think of its hazards towards humanity.

Sure, when we will have to be cautious when we get closer to create a being who will have the same intelligence as us. And meanwhile, it’s not wise to ignore the current benefits artificial intelligence is providing us too.

What Are The Importance And Benefits Of Artificial Intelligence?

Sure, creating a being more intelligent us come with its own set of risks, However, it also has a lot of benefits if we use it in the right way. In this article, we’re going to talk about the importance of AI and how it might be beneficial to us.

The Future Of Artificial Intelligence

Many people are afraid that we might cross the boundaries with artificial intelligence, which might bring peril. Meanwhile, others like Ray Kurzweil are extremely optimistic about how AI will change the world. In this section, we’re going to reveal some of the predictions by Ray Kurzweil on what AI holds for the future:

The technology is advancing exponentially, and the computer’s processing power is doubling up every two years. So, even if these predictions seem outrageous, the fact is that the world is changing faster than we’re anticipating. And because of that, we need to step down from our comfort zone to keep up with the changes. Or even better, make money from the changes around us. So, whether you want to be an early adopter of artificial intelligence or a mediocre person who is always one step behind, the choice is totally yours.