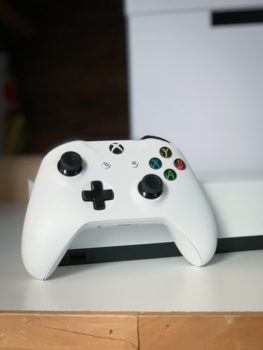 Xbox controllers, even the newest ones, still use AA-sized batteries. According to Luke Anderson, they may have something to do with why. He stated that there’s always been a partnership between Microsoft Xbox and Duracell – a constant agreement that is locked in place.

Anderson added that both companies have already been in a long-term partnership for 16 years now. Additionally, Duracell must supply batteries for Xbox consoles and their controllers. The deal has been going on for many years, and it needs to go for quite more.

Ever since Xbox 360, Microsoft has not made their controllers to include a rechargeable battery pack. Fans instead resort to purchasing a plug-and-play kit or AA-batteries. Alternatively, they charge their controllers by PC via USB cable.

Duracell has been the main provider for the Xbox consoles when it comes to batteries. They even promote the use of their batteries on Twitter. While many fans are already accustomed to the tradition of buying their own batteries for their controllers, many still wonder why Microsoft has not yet implemented a rechargeable approach. It seems weird that such an agreement [between those two] would halt Microsoft to move on to more efficient lithium-ion (Li-ion) batteries. It’s possible that the spokesperson gave a misleading statement, and could simply mean that Duracell supplies what Microsoft Xbox wants.

Meanwhile, Microsoft also dodged the question when asked about the matter, stated that it’s up to the consumers’ choice on what brand and type of AA battery would they want to use for their Xbox Wireless controllers.

How We Look At Xbox Controller Nowadays

Controllers may not be the primary choice among PC gamers, but they’re becoming an essential part of any gaming setup, especially if one is inclined towards racing or fighting games. When you don’t need the “precise” aim of a gaming mouse, the comfortable and relaxed handling of a gaming controller would suit you better.

Xbox controllers have previously bundled with at least two Duracell AA batteries, so this is not a shocker to any Xbox fan. However, it still doesn’t explain why Microsoft continues to stick with an “archaic” design when it comes to powering up their controllers.

Recently, Microsoft conducted a survey to know what their fans would love to see in the future. We know that Sony’s DualSense controllers have this haptic feedback and adaptive trigger features, so the company is looking for something to add to their conceptual Xbox Elite Wireless 3. Whether this means shifting to rechargeable batteries or finally ending its pact with Duracell is yet to be known. At least, fans now have a slight awareness behind Microsoft’s [still] archaic approach.

I personally don’t mind using AA-batteries in my Xbox controllers. I understand the confusion some are having towards Microsoft when its counterparts have already moved on to built-in batteries that charge via USB cables. It may not be the most environmentally-friendly approach, but it provides a choice for those who still prefer the traditional batteries over rechargeable battery packs.