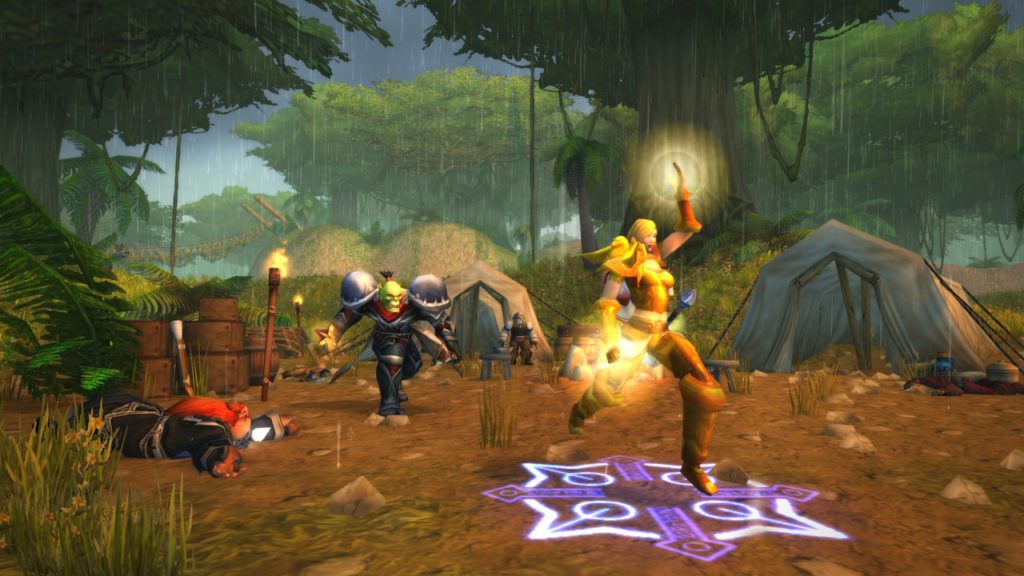 How to get a mount in WoW at level 10? Over the course of 16 years, World of Warcraft has built up a large world to explore. WoW, Shadowlands introduces new zones that may be challenging to explore, but there are mounts to help ease the burden on your legs.

Whenever you play World of Warcraft, your character jogs about as you move it from place to place. Even when you’re moving to a new questing region (Quest Hub), your character may have a long journey ahead of them. Visiting a few Quest Hubs will provide you the ability to use Flight Points, which will speed up travel between those hubs. To go to new Quest Hubs or distant quests, or even simply to explore, Flight Points don’t generally work. As a result, the role of mounts is more important. Your mobility speed may be increased by purchasing a steed of your own. When the time comes, you will be able to teach your mounts to fly, which will allow you to travel even more quickly.

Since most mounts are account-wide, you may utilize them across all of your characters. Class, Race, or Action-specific mounts may only be used by characters that satisfy the appropriate requirements, even if you own the mounts on an account-wide basis.

Mounts are often limited in their usage to the outdoors, therefore you will be dismounted should you try to go inside while mounted. You can’t mount if your mount icon is darkened. There are also certain areas where riding is permitted, but flying is not permitted.

There are three major types of mounts to choose from in World of Warcraft:

The Underwater Mount can only be utilized underwater. You will be dismounted if you ride out of the water or breach the surface. For those who aren’t familiar with the restrictions of underwater mounts, they boost your swimming speed but are otherwise limited to indoor locales and interactions.

Ground Mounts are the most common type of mount that you’ll meet at some point in your gameplay. They are the most basic type, with just a few options available. They may be ridden on the ground as well. Riding into water will slow them down, but you’ll keep on top of them. You will be dismounted if you ride them into an enclosed location or a place where riding is banned. While mounted, you may engage in some activities, such as conversing with task givers. If you engage in any other activity, such as combat or scouting, you will be dismounted.

Flying mounts are similar to ground mounts in function, but they can also fly if the terrain permits them. Basic Flying Mounts perform just like Ground Mounts, except adding up and down to the available directions. Caution: if you get dismounted while flying, you may die.

Mounts can be subdivided into several different categories. Each subtype is a variation on one of the three basic kinds, but with an additional feature or limitation.

These mounts are known as “passenger” mounts because they can accommodate many people at a time. In certain cases, the starting player is transformed into a mount that can be ridden by the other group member. When the mount is activated, the driver has complete control of its direction.

When you use a Vendor Mount, you can accomplish various tasks including buying, selling, repairing, and more with the assistance of the mount’s built-in passenger(s). These passengers may be dismounted, enabling party members to take their places in the passenger seats.

There are special mounts that can only be used by members of a certain Class. A mount is a Class perk or ability for several classes. Questing can be used to get at least one Class Mount for each class.

As a rule, you can only utilize a Faction Mount if you’re on an Alliance or a Horde character, based on the mount’s description. Usually, if one group has a horse, the other has an automatic equal, although this isn’t always the case.

The Chauffeured Mounts are one-of-a-kind creatures in the world of Azeroth. There are just two of them, and these are the only mounts that characters below Level 10 can use. Chauffeured Mechano-Hog and Chauffeured Chopper can only be used by Horde and Alliance characters, respectively. Your account will have full access to both of them after you’ve unlocked anyone. If you’ve accumulated 35 Heirloom Items, you’ll get one of these Chauffeured Mounts as a reward for earning the achievement Heirloom Hoarder.

How To Get a Mount in WoW at level 10

Mounts are the main mode of transportation in World of Warcraft since they considerably speed up your motion. Except for dungeons, they can be utilized practically everywhere outside. There are hundreds of mounts to obtain as well.

Learning to ride or operate a mount is a talent in World of Warcraft, just like many other skills. To ride a mount, you must reach Level 10 in the game. You can get a special “Heirloom Mount,” the Chauffeured Chopper, by completing the Heirloom Hoarder accomplishment, which requires the collection of 35 unique Heirloom items. Even though it moves a little more slowly than a conventional mount, you can use it from Level 1 onwards to speed up your leveling process significantly.

The Riding ability is required before you may ride your mounts. There are several Riding Trainers throughout Azeroth who can instruct you in this technique.

To ride your mounts, you will first need to learn the Riding skill. This is taught by Riding Trainers around Azeroth.

Apprentice Riding can be purchased at Level 10 from a Riding Trainer, allowing you to utilize a Ground Mount to improve your movement speed by 60%, or an Underwater Mount to boost your swimming speed. To boost your ground speed, you must visit any Riding Trainer and upgrade your riding as you progress in the game.

Once you’ve reached Level 30, a Flying Trainer will gladly accept your gold in exchange for the opportunity to ride on flying mounts. You’ll be surprised at how many doors this opens for you! Flight is not possible in certain areas without the Pathfinder flying skill, which is acquired via exploration and questing in the relevant zones.

The Chauffeured Mounts do not need any special training before use.

Do you have other proven methods on how to get a mount in WoW at Level 10? Leave a comment below

Players You Do Not Want To Miss Out In The NBA 2K21
The Guide To Light Genshin
2021 Most Exciting Xbox Exclusives to Keep An Eye Out For
4 Accessories To Improve Your iPhone Mobile Gaming Experience
How To Unmute Clash Royale Emotes
Tags: game Gaming Technology