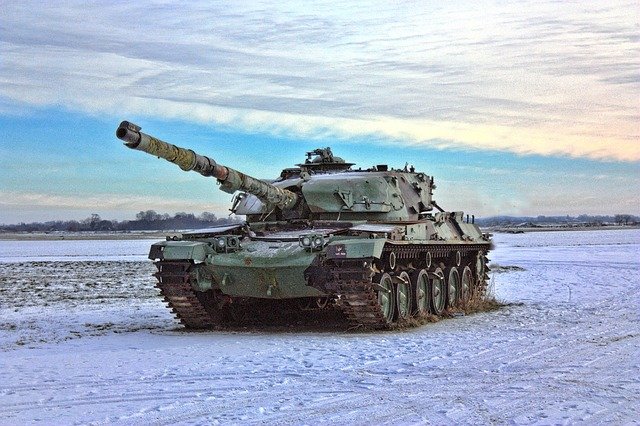 How cool will it be to have a tank of your own and blast your enemies to smithereens? And, not just that. You got an arsenal of some of the biggest guns ever put on a tank! Isn’t that sweet? If you’re tank battles, explosions, and even more tank battles, this game might just be for you!

World Of Tanks is an online game where you take the role as a tank commander of different nations, namely, France, Germany, Italy, Japan, Poland, Soviet Union, Britain, China, Czechoslovakia, Sweden, and the United States. Since the game’s timeline is mostly centered in WWII to Cold War Era, you’ll get the chance to use tanks that are historically based, prototypes, or conceived from blueprints. Basically, you can battle alone or with a platoon against other players in a 15vs15 format among different, random types of maps.

Despite its complicated immense learning curve, the game guarantees that you’ll find a tech tree line that mostly suits your personality and playstyle. There are different tanks classes you can check to see where you’re good at: medium tanks, light tanks, heavy tanks, self-propelled guns, and tank destroyers. Finding your preferred role might be difficult at first, but once you’ve finally discovered your calling, playing the game will become more worthwhile. Basically, you need to play a tank in order to accumulate enough experience needed to unlock the next tier. Activating reserves, or having a premium account increase your progression and income (both credits and experience) tenfold, thus saving more time.

Light tanks mostly do the spotting in the first minutes of the battle. They are excellent when it comes with run-and-gun tactics. Additionally, they usually don’t “brawl” unless necessary. Aside from that, they have a high camouflage rating, meaning that they won’t easily get spotted when firing or moving. Basically, scouts are the team’s “eyes” in order to know the enemy’s movements and counter their flanking maneuvers. There goes the saying, “a good scout, is an alive scout.” That’s why it’s important to have at least one alive scout until the last minutes of the battle.

Next are the medium tanks. They are responsible of crafting better angles in order to flank and the enemy and execute some tactical maneuvers. Some higher tier tanks in the French tech tree line can do spotting and flanking roles at the same time. Moreover, they are more effective when in groups or “wolfpacks.” It is important to communicate with other medium tanks before launching a game-winning tactical maneuver.

Meanwhile, the lumbering heavy tanks are one of the tanks which have high calibers that deal tremendous damage. Their roles are mostly for breakthrough tactics. They are responsible for absorbing shots or damages for the team. However, most heavy tanks, like tank destroyers and artillery, have the worst view ranges in the game.

Tank Destroyers are the tank snipers of this game. They usually sit on the red line or behind bushes to further enhance their concealment, although some higher tier Soviet tank destroyers do “brawl” as well. They deal the most damage among other tank classes. However, most tank destroyers are prone to flanking fire, because of their casemate hulls and slow traverse speeds.

Lastly, self-propelled guns provide you with fire support anywhere on the map. They have the lowest view range and the slowest in the game, with the exception of French artillery. Although being frowned upon most players, they can be a formidable force because they can turn the tide of battle and repel an enemy push with their sickening stuns. Playing with artillery requires you to stay away from the fight and provide artillery support as far as possible.

World Of Tanks Mechanics And Some Tips And Tricks

The game’s graphics are superbly incredible and almost realistic in all aspects (dents, explosions, damages). Depending on your computer rig, you’ll get the chance to even run it in 4k. Moreover, the games recent update allows the use of ray tracing to allow players to be even more immersed when playing. The game will definitely provide you the “eyegasm” that you’ve been longing in a tank battle game.

Bush mechanics are one of the game’s exploits. Basically, tanks lost a ton of their concealment after firing. Therefore, to avoid being spotted, it is highly advised to at least reverse a bit at the bush you’re hiding until the target becomes a green outline. It means that your distance from the bush is now 50 meters and is now safe for taking a shot. This is an extremely useful exploit especially for tank destroyer and light tank players.

Some vehicles, especially the high tier Germans and Soviets, can perform sidescraping tactics effectively. It basically means angling your tank so that the enemy shells will ricochet and you’ll take no damage. It is useful especially when you’re holding a flank. However, it only works when the enemy is using armor piercing and armor piercing composite rigid rounds. That’s because high explosive and high explosive squash head round explode immediately upon contact.

Each tank has a specific camouflage rating, with the light tanks being the exceptional ones. Heavy tanks have the lowest camouflage rating, so hiding in the bush is useless. To further improve your camouflage, the game offers design customization in the garage. Putting some patterns onto your tank’s hull greatly increases its rating. However, it is still important to master bush mechanics in order to fully make use of your camouflage because any tank still loses some percentage of their camouflage when firing or moving.

The game’s newest update called Equipment 2.0 now allows players to fully make a dedicated build that suits their playstyle. It basically offers new opportunities to transform your tank into something new. For example, adding the equipment that increases your tanks speed by 4% can make your sluggish British heavy tanks faster, thus keeping up with most tanks.

If you died at the first minutes of the battle, don’t fret. You can either wait for the battle to finish, or go to the garage and play with another tank. Different tank classes demand different playstyles, that’s why it’s high advisable to make a mini-research about the tank first to know what to do.

This is where you make friends, ask queries, or even “chill” with all players including your enemies. Anyone can make team training and choose a map. You can even chat with the enemy side. Entering team training mode is useful especially when you’re exploring a tank’s weakspots. In a nutshell, most tanks are weak in the lower plate, rear, and sides. However, there are some formidable tanks with confusing weakspots. So, instead of discovering them in random battles, why not explore them in team training where it is safer and won’t jeopardize your team?

Frontline game mode usually occurs in the first half of the year. It is 30 vs 30, attack-defense game mode. For the attackers, your main mission is to destroy at least three pillboxes. Meanwhile, the defending team must defend these pillboxes and repel the attackers until time runs out. Participating in Frontline will earn you tokens needed to unlock some tier 9 reward tanks.

World Of Tanks – Other Events

If you want something more serious, then you can either be a legionnaire or join a clan to fight in pure tier X battles. Participating in this game mode will earn you gold, bonds, reward tanks, and other valuable rewards. However, joining this game mode might require you with specific “meta” tanks in order to be fully effective. So, it is important to grind for them in order to have them in your garage.

World Of Tanks releases major updates almost every month. According to some leaked rumors, an improved matchmaking system available in the future. There is also movement that pushes to improve the damage system like dents, penetrations, and the like.

Also, World Of Tanks is also known for releasing game events that act as a test bed for introducing new gameplay mechanics in the future. There might be a chance that ATGMs, landmines, smoke shells, and weather effects might appear in the near future. After all, the game is already in its tenth year and still strong.

As for some leaks about new tanks, it will also add some British wheeled medium tanks and Japanese tank destroyers in the near future. Its “lite” counterpart, called World Of Tanks Blitz, already have Japanese, so we can safely expect for them to appear in the main game as well.

If you already spent a hefty amount of time playing the game, you’ll notice that World of tanks aggressive premium sales can be quite tempting. That might be the reason why it’s frequently mislabeled as a pay-to-win game. Additionally, the rampant use of special rounds can sometime make the use of armor obsolete. Moreover, matchmaking can be a pain sometimes. Most of the time you’ll experience 15-0 turbo battles due to imbalanced vehicles. Nevertheless, the game strives to continue after each update. Hopefully, these flaws will all be fixed in the near future.

The game is overall perfect with its stunning maps and exquisite details of the main characters (the tanks). If you’re into arcade games, this is one of the best games you can try playing for free. After all, this game has tremendous potential so it’s still far from dying. Mods and community contributions help continue making the community alive and healthy. 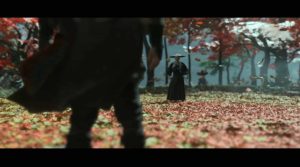