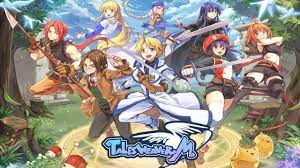 You will obtain info on the Talesweaver Private Servers that has been discovered and verified on this webpage.

TalesWeaver is a 2D fantasy massively multiplayer online role-playing game (MMORPG) that is based on the Korean book Children of the Rune. The game is divided into eight separate episodes, each featuring a new character that is exclusive to TalesWeaver. Anomarad is a fictitious country where players will be able to travel across the globe and see four key towns. As you continue through the game, you’ll have to complete tasks and fight in-game battles. Take pleasure in the game’s engaging plot and graphically fascinating gameplay, which will keep you hooked for hours.

TalesWeaver is a 2-D massively multiplayer online role-playing game with a viewing angle of around 60 degrees. Experience points are used to “level up” skills, as opposed to skill points. All abilities make use of MP, and buff skills, as well as the more potent talents, make use of a parameter known as Environmental Points. Environmental points are shared among all characters that are in close proximity to one another, and the default value is 999. Environmental points regenerate at a quicker pace than MP, with a nearly ten-to-one advantage.

A game that varies every time you play it, featuring characters who are different and one-of-a-kind!

A variety of skill systems are created for each character so that players may get valuable experience.

Battles that are both smart and entertaining. By blending different elements, you can create your own distinct personality.

There are literally hundreds of different pieces of equipment.

TalesWeaver has servers in Korea, Taiwan, and Japan at the present time. TianCity developed a primary Chinese server, which was later shut down and re-established in the summer of 2007. About 2008, Hangame launched its own TalesWeaver server under the Nexon banner, which served as a Japanese server for the game.

There is a private server available for anybody who desires to try out the game in an effort to rekindle some enthusiasm and, maybe, rekindle some interest in this game once more. Currently, the rates are 10x Exp and 15x Drops, respectively.

The objective is to have as much of the content translated into English as feasible, as well as to attract some highly competent individuals who will work on developing certain technologies that will allow a Talesweaver private server to grow even further.

Visit http://twprivate.us.to/registration/ for information on how to register and download the TW Private client application.

Guidelines for Getting Started Instantly:

1. Create a game account by clicking on the link above.

2. Download and unzip the most recent client version to the destination of your choice.

Due to the fact that the client is built on JP4.04, you can then choose to utilize applocale or a locale emulator to change the language to Japanese (shift-jis)

If you get an error message stating that you cannot launch a virtual machine, you may need to remove Hyper-V from the Windows features menu.

Please also go to the FAQ for information on changing resolutions and other issues.

An Individual Pneuma is the single creator of this private server, which is completely self-sufficient. According to him, he is not much of a developer or coder; rather, it is his love for bringing Talesweaver back to life, particularly among the English-speaking community, that drives him. With minimal success, Pneuma has been attempting to decipher the inner workings of the server and other files.

The most recent version of the changelog can be found at:

Additionally, the wiki includes other relevant material that Pneuma has gathered and uncovered that may be of interest to you.

If you are having difficulties installing the server, please go to the newly updated and enhanced Server Installation tutorial!

Installation of the server, as provided by Pneuma:

It’s still a long way away from becoming a fully-fledged private server (i.e., having a better website and having monster names translated), but it’s a good start, at least for the time being.

TalesWeaver represents the future generation of online games, which develops a distinct universe via its combination mechanisms and dramatic game events similar to those seen in a console game.

The gameplay was created to be centered on compelling storylines and settings, which allows it to stand out from other typical online games that are mostly focused on competitiveness and conflict, as shown in the trailer. Players can design their own plot by carefully selecting from a variety of situations and events to go through. The game draws a great deal of attention because of its compelling tale and visually appealing 2D graphics that include adorable characters and clean aesthetics.

How To Extract Sound Files From PC Games?
What Does a Poffin Do In Pokemon Go
How Do I Get A Mount In Final Fantasy 14?
Meanwhile, Ubisoft Singapore Also Under Investigation For Toxic Workplace Allegations
Check Out These Fancy Elgato Wall Panels For Streamers!
Tags: Gaming TalesWeaver TalesWeaver Private Server Technology