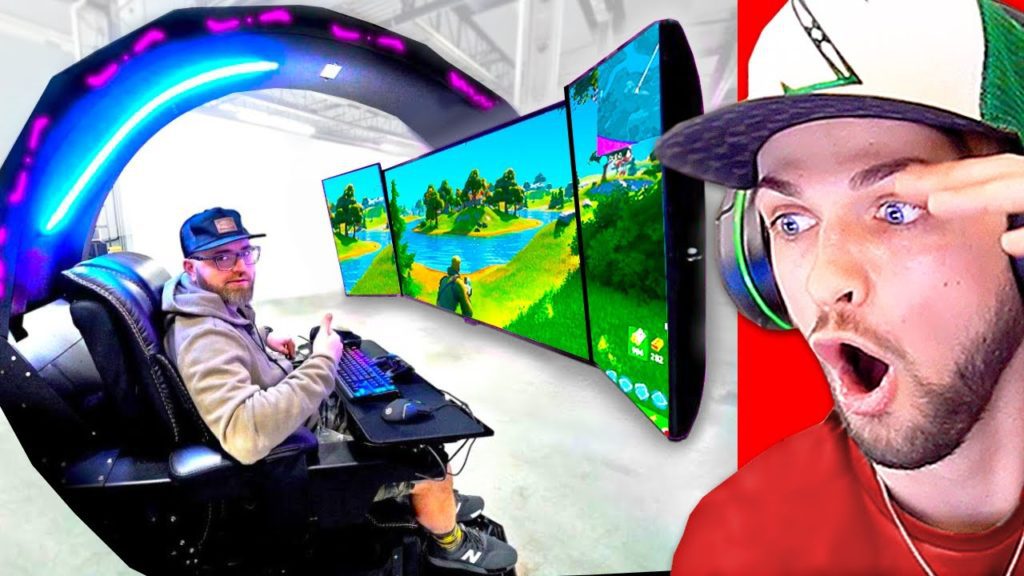 Below are some examples of the most expensive gaming setups you should see. For those who like their hobby and have a lot of money to spare, they may be able to spend a lot of money on high-end products. In particular, gaming is a hobby that generates not just enthusiasm but also obsession in many people, and the costs of accessories linked with video games can likely reach thousands of dollars.

People that play video games are willing to spend money on a gaming setup that most people wouldn’t even spend on a house or a car.

Gaming PCs and equipment may cost thousands of dollars, although some of the costs are above even the most expensive gamers’ normal expenditure: How much money can you actually afford to spend on a PC gaming setup?

Below are some examples of the most expensive gaming setups you should see.

Bling hardware is well shown by Zeus’ Jupiter, a Japanese computer design. The PC’s solid platinum casing is encrusted with diamonds to resemble a celestial constellation in appearance. In terms of power, the computer isn’t anything special. 3 GHz E6850 Core 2 Duo processor, 2GB DDR2 memory, and 1 terabyte hard drive are all included. Zeus also offers a gold version for half the price of the platinum model, for those who can’t afford the three-quarter million dollar price.

Dedicated video game enthusiast Barry Evans created a monument in his garden with old video games. His vast collection is worth a whopping $500,000 – fortunately, he has a wife who understands his extreme obsession with gaming. Many antique video game arcade cabinets, hundreds of consoles, and tens of thousands of pieces of gaming paraphernalia can be found at his home arcade.

See also  How To Get Clash Of Clans Scenery

This high-end racing simulator is on par with, if not more expensive than, many current supercars. The high-end machine can perfectly simulate Formula One and NASCAR racing, without any of the risks that come with those activities. In order to simulate the sensation of being in a high-performance racing car, the system’s hydraulic tripod chassis can be adjusted to match the player’s preferred vehicle.

On Twitch, Nickmercs is one of the most well-known broadcasters. With titles like Fortnite and Warzone, he is widely regarded to be one of the top Battle Royale players in the world. NICKMERCS’s setup consists of four monitors. He has two Alienware 25 Gaming Monitors – AW2518Hf – for both gaming and the desktop. A Dell UltraSharp U4919DW 49-inch Dual QHD Curved Monitor with an Alienware AW3420DW for chat and other apps.

The Nickmercs Gaming setup is one of the most expensive gaming setups in the world, with a valuation of about $150,000.

Everything about Ninja’s Fortnite gaming setup, from his chair to his display to his PC, is a digital warrior’s dream come true. Who is Ninja, you may wonder? “Ninja,” a nickname for Richard Tyler Blevins, is presently Twitch’s most popular gamer (with about 13 million followers).

At $100,000, the Ninja Gaming setup is one of the world’s most expensive gaming setups.

Unbox Therapy made available to the public a gaming pc that costs $30,000 USD and has a reclining workstation game chair that is hooked to several immersive monitors. The screen on the chair, which was produced by Imperatorworks and measures 42.5 inches and has a resolution of 4K, is sandwiched between two 24-inch portrait screens, giving the user an effective viewing area of almost 100 inches from the screen to screen.

In addition, the setup includes a tray that is stocked with a variety of chips, as well as a refrigerator that is located off to the side. Furthermore, the spherical chair features an integrated massage system that can be used for additional stress relief before, during, or after your intense gaming sessions. Additional accessories, such as lighted keyboards and headphones, were included with the purpose of emphasizing the overall look.

The gaming equipment used by TFUE is among the most expensive gaming setups in the world. The TFUE gaming setup will run you $20,000 in total.

PewDiePie is YouTube’s second most popular channel, with more than 96 million subscribers. PewDiePie is both a professional gamer and a well-known YouTuber. He keeps himself and his viewers entertained with an advanced gaming setup.

Contrary to popular belief, he just has a single monitor, unlike many other well-known streamers (just one computer). Regardless of how much room the curved monitor saves and how impressive it is, the YouTuber’s whole gaming setup is centered around his custom-designed Corsair Strafe mechanical gaming controller.

It’s the most sophisticated custom-built computer and among the most expensive gaming setups in the world. It costs $8,500.

A new system or the newest game won’t break the bank, but gaming isn’t a cheap hobby. As a result, PC gaming is more expensive than console gaming, which is surprising given the wide variety of accessories available to offer players a pricey but considerable advantage over other players.

Which of these most expensive gaming setups did you find interesting? Leave a comment below.

How To Get Blue Ice In Minecraft
Genshin Impact Cuihua Wood (Location, Farming, Usage)
Best Goblin Drill Decks Clash Royale And How To Use Them
Minecraft Bamboo Farm: How Do You Farm Bamboo In Minecraft?
Top 10 Best Samsung Phones To Have Right Now
Tags: game Gaming Online