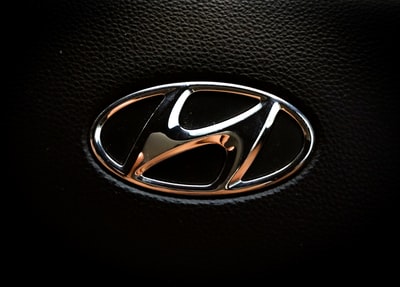 Jeeps and pickups can explore the rugged outdoors, but even those kinds of vehicles have their own limits. So, Hyundai is working on a walking car concept that’s able to trek further into unnavigable terrain – thanks to its four legs. This unusual vehicle seems to come out straight from a sci-fi movie.

This Korean car company greenlights the development of this concept car in their Ultimate Mobility Vehicles Studio in Silicon Valley. It’s based on CES’s 2019 “Elevate”– another vehicle concept that stunned audiences in Las Vegas. Initially dedicated for first-responders during calamities and disasters, this walking car concept is feasible enough to gain traction in potential domestic and industrial uses. In addition to helping victims during disasters, the Elevate vehicle could be used to satisfy the individual’s wildest imaginations and help the disabled by assisting them in their wheelchairs.

The Improvement Of Past Innovations

The Elevate concept looks like a vehicular robotic dog that can walk with ease over the most challenging terrain. Wheels are also attached so it can roll when it’s best to roll. Hyundai says that its overall design allows it to walk like other four-legged creatures, while also capable of traversing uneven terrain, and climb walls while maintaining its passengers level. The wheels can make moving and traveling even faster.

Meanwhile, when not in the field, the walking car can fold its legs to enter the stowed-drive mode. The electric vehicle concept can cut power to its joint to allow travel at highway speeds just like any other car. Hyundai not only shows off the Korean firm’s view of the future of mobility (similar to drones and flying cars) but also demonstrates the company’s capability to adapt to intense technological change.

Sundberg-Ferar who happened to design the BART system trains is also the one behind the concept car’s design. According to David Byron, Sundberg-Ferar design chief, incorporating robotics with the latest EV tech redefines our perception of vehicular freedom. For instance, the ability for vehicles to get on the road, saving their passengers from potential danger, is the one we need in the future.

The Future Of Mobility

Hyundai isn’t the only company that’s working on a beyond traditional cars. Honda is developing an innovative business jet plane, while Toyota is developing a lunar-powered rover for future moon missions. To date, various companies are investing heavily in autonomous vehicles.

A Hyundai spokesman Miles Johnson said that the manufacturing company is always looking at new engineering innovations. He added that it’s an ecosystem that includes everything from scooters to bots.

The Future Of The Walking Car Concept

Hyundai is planning to enter a partnership with Apple, which is also planning to develop its line of autonomous and electric vehicles. However, there were no recent updates to date. And while Hyundai has nothing to do with Perseverance, imagining their walking car concept roaming the surface of Mars is feasible enough. After five years on Mars, Curiosity’s wheels started to fall apart. Perhaps Hyundai can share its technologies in the future to save some wear and tear on its kicks.