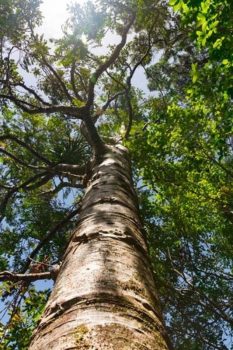 Some plants accumulate high concentrations of metals. That’s why researchers want to utilize this ability with a method called ‘phytomining’. It’s hoped that one day the extraction of metals and minerals from plants could introduce new ways of extracting rare earths. This technique could also offer new ways to mine metals that are more sustainable than existing, conventional methods.

What Is Phytomining All About?

It’s a method of extracting metal from the soil by growing plants with biomass to collect the ore.

These “hyperaccumulator” plants thrive on metals like zinc, gold, nickel, and copper. While all plants need trace elements to grow, the levels found in such plants would typically be toxic to normal ones.

According to Alan Baker, Melbourne University botanist, such plants can take up elements from the soil that would typically be toxic to normal plants.

Although plant evolution achieving this level remains a mystery, one thing’s for sure: humans could harness this to save the planet and change the ways of mining.

Experts are still figuring out if this method can be feasible in cleaning former mine sites and quarries – and also an environmentally-friendly alternative to conventional mining.

Queensland University plant specialist Dr. Antony van der Ent found out that about 700 out of the 300,000 known plant species are hyperaccumulators.

Most of these hyperaccumulators feed on nickel, and three plant species had a 25% nickel concentration in their sap. He said that nickel has the highest potential for phytomining because of its market value.

Baker, along with his team, launched a “metal farm” in Malaysia five years ago to demonstrate that trees could be used for mining metals.

Every few months, a foot of plant growth is cut to “press” the metal out. Soon after, they extracted thousands of dollars worth of nickel nitrate, according to the New York Times.

What Happens Next, Then?

Currently, Antony van der Ent is conducting tests on the Macadamia tree, a well-known hyperaccumulator. Its sap and leaves are rich in Manganese, but not the nut.

For many years, he searched far and wide for new species of hyperaccumulators, but the pandemic has temporarily put his research on hold. He said that the hyperaccumulator plants are most common in countries such as those in South East Asia, as well as Cuba, Brazil, and New Caledonia.

Cuttings from these woody plants are dried and incinerated into ash, which is called “bio-ore”. Such byproducts are extremely high-grade in quality.

He added that nickel has the most potential because it’s an important component for making stainless steel and li-ion batteries.

But, while the result from the Malaysian metal farm is promising, commercialization is still some way off, explained van der Ent. The team is currently looking for an industry partner.

Most of the nickel today comes from New Caledonia and Indonesia where it’s been mined at a serious environmental cost. He hopes that this strategy could introduce new mining techniques, in an eco-friendlier approach.

Aside from mining, there could be also some potential medical benefits from growing and harvesting metal-eating trees. People in developing countries are deficient in selenium and zinc, both of which are vital for staying healthy.

Dr. van der Ent suggested that hyperaccumulator plants could be used to produce biomass that is enriched in such elements. He added that the biomass could even be turned into a food supplement or could be used in biofortification to increase zinc and selenium concentrations in staple crops, such as rice, corn, and wheat.

Lithium Metal Could Enable More Powerful Batteries
The Mysterious Fuchsia OS Is Still In The Works, And it Needs Your Help
China's Own Digital Currency About to Be Released
What Will Humans Look Like 1 Million Years In The Future?
Toyota Claims Its Fuel Cell Vehicle Cleans The Air As You Drive
Tags: agromining earth Eco-Friendly extract future green tech How 'Phytomining' — Metal-Eating Trees — Could Help Power The Future hyperaccumulator metal ore phytomining Technology tree