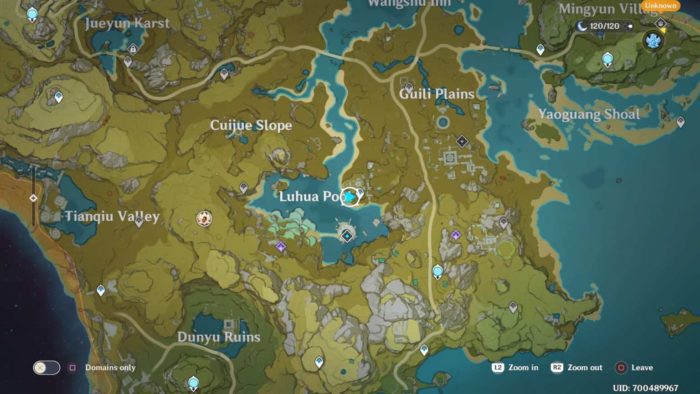 Want to know about the genshin impact agents location? if yes continue reading our guide, the game Genshin Impact places a strong emphasis on its cast of characters as well as its arsenal of weapons. The player must level up their character and their weapons to make free progress through the game. However, in Genshin Impact, characters and weapons may now be leveled up by an ascension function after reaching a particular level, such as level 20, before continuing their leveling journey.

To level up a character or weapon, you are going to need a unique and specialized collection of gear. The Agent’s Sacrificial Knife is one of the several items in this category of weaponry. It is made by combining three Hunter’s Sacrificial Knives into a single item.

In Teyvat, Genshin Impact Agents serve in the capacity of standard bosses. This game’s bosses will drop a plethora of necessary items for upgrading your weapons and talents, so be sure to take advantage of them. To accomplish various temple and domain tasks, you must battle these bosses as well.

Finding Fatui Agents will be one of the most significant missions that Genshin Impact’s players will take on throughout their time with the game. For players to acquire the Hunter’s Sacrificial Knife, they will need to track down each of these agents and win the battle against them.

Fatui Pyro Agents, commonly referred to simply as Agents are monsters that can be found all across the open world of Genshin Impact. They are a threat since they drop elements that are required to Ascend your weapons. The process of increasing a weapon’s potency and making it even more effective is referred to as ascending.

You’ll be able to get your craft on after reading this guide since it sets out the Genshin Impact Agent locations.

They are nowhere to be seen inside the snowy region of Dragonspine. They may be seen wandering about Mondstadt and the area around the Dragonspine border on their own rather often.

There are additional Fatui Pyro Agents in and around Liyue for Genshin Impact players. Note that these agents tend to spawn close to Teleport Waypoints.

After the release of Inazuma, players of Genshin Impact will also be able to locate one agent in the cliff that is located to the north of Narukami Island, as well as three agents in the middle of Kannazuka Island.

Keep in mind that if you kill any of these Agents, they will eventually respawn at some time throughout the day. You can harvest additional Hunter’s Sacrificial Knives by simply continuing to visit the places, where you will continue to locate more agents for you to eliminate.

Once you have located the agents in the Genshin Impact agents locations listed above, You are going to need some hints and strategies to go through this enemy without being hurt so that you may conquer Fatui Agents on time. Do not sacrifice all of your characters before the adversary is defeated.

This particular Fatui boss does not have a shield available to him. They are defenseless against any kind of physical assault as a result. Therefore, to beat him without needing to first break through any of his shields, you may choose specific DPS characters and supporters with powerful physical assaults.

The Most Effective Teams to Defeat Agents

The fact that agents have an invisible phase enables you to freeze your opponents and make them visible again. To help you assemble the strongest squad possible for agent countering, here are some characters that come highly recommended.

When combined, Mona and Ayaka’s bursts have the potential to completely stop the agent while they are in their invisibility phase. In addition, Kazuha’s ability has the potential to temporarily stun this monster. Then, utilize the charged attack that Noelle has to do a significant amount of damage to the monster.

As you continue through the game and earn higher ranks, the agents you face may get tougher to defeat. The key to success in this endeavor is to ensure that you are consistently successful in landing assaults on the agent. Once you have collected all of the knives, you may visit the Alchemist in Mondstadt to create a much more unique knife.

All of the information necessary for you to know about Genshin Impact agents location has been presented here. I wish you a good time playing.

The Best Gaming Mouse You Can Buy In 2021
4 Accessories To Improve Your iPhone Mobile Gaming Experience
Modern Combat 5 Multi Kill
What's Dive Technology And What Will It Bring In The Future
The Best Horror Games For This Spooky November 2020
Tags: accessories Gaming Genshin impact Online Oz Genshin Impact