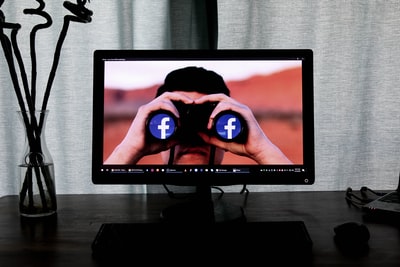 Over two hundred Facebook employees all over the world accused the said company of forcing them to go back to work. This is problematic since the pandemic is still in full swing and there’s no discernable cure for the virus.

Clamor Of The Employees

Employees think that this is the wrong treatment for them because the pandemic is still very much active in different places all over the globe. There are still no signs of arriving at a definitive cure. This means that it’s here to stay for the months to come. As such, employees sent out an open letter to the admin. The letter states that it’s inhumane to subject them to coronavirus risks all in the name of maintaining profit. They also clamored to the company to boost remote working situations as well as to pump up other benefits, like hazard pay.

In response to the open letter, a spokesperson said that around fifteen thousand of Facebook’s content moderators work at home. This means that there’s no pressing need to go back to the offices and that they’ll continue doing so until the pandemic blows over. They also added that the staff can continue working in their homes until summer 2021.

The Active Use Of Artificial Intelligence

Beyond the clamor for the work conditions and treatment to improve, the employees also publicly called out the company’s use of AI or artificial intelligence when reviewing different contents. It’s Mark Zuckerberg’s primary goal to reinforce AI moderation. His goal is to completely free the net of hate, racism, and other posts that violate community regulations.

See also  AI-Powered BeachBot Is Here To Help Clean Up Our Shores, One Butt At A Time

This sophisticated software is engineered to flag most of these posts, which lessens the need for human content moderators. The company said that their software has a 95% success rate at flagging offending posts.

However, it’s pretty clear that their system is ineffective. Almost regularly, most users see offensive posts – like those misogynistic comments against VP-elect Kamala Harris. Despite being reported, these comments still remain visible for the public to see. The comments that do get taken down actually take at least a week to be reviewed and deleted.

The letter concludes that the toxic job of reviewing gruesome content still rests on the employees. They said they still deserve the best care available.

Facebook, the biggest social media corporation in the world, isn’t the only company that’s suffering from backlash from its employees. Even mega-corporation Amazon is also being called out. They are under fire for pushing for in-person work, about the conditions in their warehouses, as well as virus outbreaks in different departments.

Numerous lawmakers are calling out Mark Zuckerberg to review the company policies regarding content reviewing. He is also implored to improve the policies to make them care better for the employees.

General Motors Furthers Electric Car Program By Another 7 Billion
Twitter Is Considering “Subscription Fees” For TweetDeck And Other Content
How About A Quick Look On The Earth, 500 Years From Now
Window’s Infamous Blue Screen Of Death (BSOD) Gets A Makeover
What Is Artificial Intelligence? What Is It Really And Where Are We Going?
Tags: corporation facebook facebook accused workfromhome