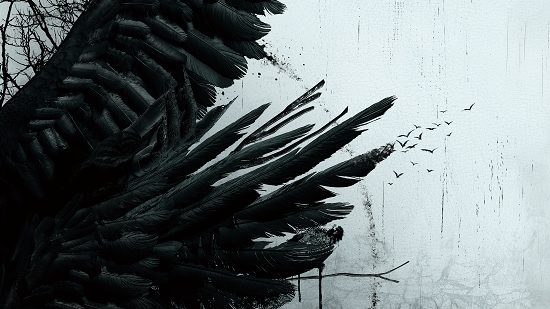 Capcom has been at the forefront of developing games that keep you hooked till all the levels are done and dusted. Well, Resident Evil Village is one such game of 2021 that you cannot ignore. The game, which was initially released on May 7, has been selling like hotcakes. It also doesn’t matter which platform you own, Capcom has ensured that players with Microsoft Windows can also play the game with as much flexibility as the players with other platforms like PlayStation 5, PlayStation 4, Xbox One, Google Stadia, Xbox Series X, and Series S. Without any further ado, let us now jump right into why Resident Evil Village is one of the hottest games of 2021.

One of the reasons the game is critically acclaimed is because of nostalgia. Players have connected the Village version as an amalgamation of both the Resident Evil 4 and Resident Evil 7. However, there is still a little backlash if you are on the computer. As flexible as it may seem, players on PC have limited capabilities. However, the gameplay is as good as it gets. Make sure to use any console or the most potent PC available to get an “on-set” game experience. There are plenty of players who like the perspective of the game, which is “First-Person.” Even though it is one of the most common perspectives used in the gaming world, it is still not widely accepted for its inability to show the bigger picture. But you cannot even have a different perspective for the Resident Evil franchise. Hence, the Village version is pretty much like its predecessors in terms of perspective.

The Best Survival Horror Game In The Market

It would be really hard to deny that the Resident Evil Village is one of the best survival horror games. Not dwelling on spoilers, but the game starts out like RE7. But guess doesn’t get done by just that, and you will soon be dwelling in the most exotic places ever made in the gaming world. Spoiler Alert! The central character, Ethan, finds himself in areas such as Lady Dimitrescu’s castle to solve a variety of puzzles. Also, you must make clever buys as the game progresses. Whether it is items from Duke, the merchant, or supplies, or weapons, you cannot afford to take a bad step. The other thing which is quite similar to RE7 is that you can make Duke cook food for you. Well, he would if you hunt an animal in the village. This may seem a bit against the values, but hey, in a post-apocalyptic world, who cares, right! When you can hardly find food in a horror-infested area, there is barely any room for morals and values.

See also  Why Is The Witcher 3 Still A Must-Play Five Years After It Got Out?

As expected, the steam rating of a game with such a high-quality graphic has to be 10 on 10. Capcom has been successful once again in extracting a very high rating from the gaming community. Well, one argues the same with Metacritic. The Metacritic rating is always known to be a bit more conservative in comparison to the Steam. If you are either a critic or a member of any community, you would know that a Metacritic rating of 84% is as good as it gets. However, fans would never be contented with anything less than a 90%; they would come with reasons why the game must be rating a little more. Hopefully, a lot more players will try the game in the future and rate the game so that it would reach a little over 90%.

During the game’s reveal in a PS5 event in June 2020, it was announced that there would be an online multiplayer mode. It is quite clear why Capcom came up with such an idea. Well, it would only benefit the company in terms of the number of players. The compatibility as an issue has been haunting the gaming giants for a long time owing to the diversity of devices that gamers prefer to play. But, not anymore, the online multiplayer mode will guarantee you a good experience with gameplay as flexible as the RE: Village.

The protagonist returns to action after three long years. Well, Ethan Winters is one of the most favorite characters in the gaming world. His wife Mia is brutally murdered by the antagonist Chris Redfield and his men. They also kidnap his daughter and bring her to the village. This sets the action in motion. Well, not just that. Ethan has to be aware of the werewolf-infested area. They are not exactly werewolves, but a scary mutant called Lycans. They have also controlled the lords, who are as wretched as the werewolf mutants themselves. The main theme of the game is to find Rosemary. There are several pacts that Ethan makes during the game. You know, one cannot do everything on his own, especially when you are going to a village to fight the monsters all along. So, Heisenberg offers help which Ethan does not accepts, owning to the nature of Heisenberg. Don’t be surprised to know that Ethan dies in the process.

Benevento’s Treasure Location is one of the hottest things in the game. Well, some may call it a spoiler, but this phase is not as easy as it may seem. You must first start with locating the missing slab. The missing slab will act as a beacon of light to find the treasure. Like in most of history, there will be the person who is guarding it. In this case, a giant monster. He is at least twice your size. All you have to do is defeat him. Easier said than done, right. Especially when the giant is all flexible and clever, his weapon also makes him very hard to defeat. However, there is nothing Ethan can’t do. That is the motto of this game. Or at least for the gamers.

There is also a reward when you defeat the Giant. You will be given a crystal ax. You must possess the ax. It will be of great help as the game progress through hard levels. Finally, you will be able to get to the Beneviento’s chalice, which will fetch you over 18,000 Lei. Wow! That’s sweet. You will be able to buy all kinds of resources and enjoy the ride with an added smoothness.

Even though fans do not take any more than a few days to finish all the levels of the game, it takes a lot of time for the company to develop a game of such magnitude. Capcom has worked hard for three and half years to finish the development of the game. Well, they would have also added any new advancements on the way owing to a little rework of the process. Nonetheless, Resident Evil Village is one of the finest games when it comes to action, puzzles, and exploration. So if you have not played the game yet, jump on. It is worth it.