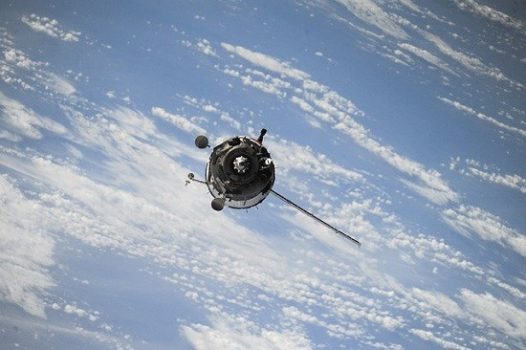 Earth’s orbit is slowly becoming like a teen’s bedroom: with junk scattering around, and no real intention to clean it up any time soon. The critical difference? The consequences of space junk go well beyond the odor of unwashed underwear.

The recent Chinese rocket incident has renewed concerns about the space junk problem. Thankfully, a project from the European Space Agency (ESA) might be the solution for this.

The ClearSpace Mission – Cleaning Up Space Debris One At A Time

The ESA has recently finalized the ClearSpace-1 mission in 2025 that will be the first to capture and deorbit a space junk. The plan is to approach a piece of debris the size of an average refrigerator, grapple it using a four-armed claw, and take it back to Earth where the two will burn up together.

Darren McKnight, an expert at Centauri, gave the ESA a thumbs up. But he is concerned about the slow pace in initiating a space “cleanup”. He believes that we need to take baby steps now or else things will gonna get problematic soon.

But Recently, The Situation Is Going From Bad To Worse

Even small objects – by the centimeter – are more than enough to cause some serious damage. For example, the speck of paint that chipped multiple layers of the ISS’s window back in 2016. It turns out that pretty much anything orbiting Earth – no matter the size – can be dangerous. Not to mention that these objects are traveling at speeds of 28,565 kph!

Some space junk-disposal methods – like lowering the perigee of the targets’ orbits to allow for a controlled burn-up re-entry, can help mitigate the growth of such threats. But very few actors are making an effort against space pollution. In fact, no space organization has successfully pulled such a feat at the moment. Current methods of orbital capture require meticulous control of both the target and the capturer.

The challenge is to develop a sophisticated imaging system to help the claw identify the target before grappling it. Luisa Innocenti, head of ESA’s Clean Space Office says that it’s difficult to track the moving target object up there. Whether the target can be captured using a claw or net, they have to work the first time.

ClearSpace is starting with something easy. Its first target: the 112 kg Vespa payload used with Europe’s Vega launcher. Muriel Richard-Noca, chief engineer of ClearSpace says it’s a simple structure that is enough to give some flexibility for the first mission.

The ClearSpace ‘chaser’ will be launcher into a lower 500 km orbit for critical tests before rendezvous, and capturing the target using a four-armed robotic claw. The ‘chaser’-Vespa-duo will then be deorbited to burn up upon re-entry.

Others are testing out similar ideas using debris they created themselves. Astroscale plans to launch a mission called ELSA-d, which will release a target craft, then capture it using magnets. Meanwhile, another mission called RemoveDEBRIS had tested a net and harpoon on small targets it deployed. Its drag sail failed to deploy though, making slower progress for re-entry.

ClearSpace And The Future Of Space Cleanups

ESA said that the ClearSpace mission is a new way for them to do business – providing an end-to-end service contract, versus developing an in-house spacecraft for the mission. Its 100 million euros in funding was granted at the ESA’s Space19+ Ministerial Council.

ClearSpace CEO Luc Piguet said that upon the completion of ClearSpace-1, the company plans to take on more ambitious missions. One of their main goals was to make their spacecraft capture multiple objects, which would be more cost-effective.

The startup has also been in contact with several satellite constellation operators including Iridium and OneWeb. It also plans to find other investors to fund the cause.