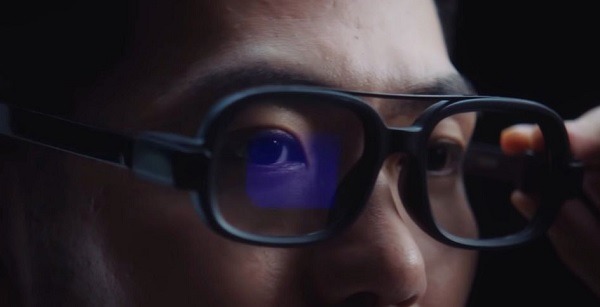 Have you ever seen those smart glasses just like in video games and sci-fi movies where it shows you vital information through a hud? Well, we’re almost there because Xiaomi’s trying to make it possible through their latest smart glasses development. The company said that their glasses may seem ordinary but it comes with an advanced MicroLED optical technology which is capable of transmitting light beams to display info in front your eyes. The company added that they may seem like ordinary reading glasses, but this device can let you read, talk to your friends, take photos, or even translate other languages in “real-time”.

Smart Glasses Concept – What We Know

Xiaomi’s smart glasses have a conventional look, but unlike the Stories glasses, this one can support AR features. The company said it decided to use a monochrome MicroLED because of its higher pixel density ad durability compared to the usual OLED. The company added that the MicroLED allows for a more compact design and easier integration. The MicroLED’s dimensions measure 2.4 x 2.02 nm with individual pixels at 4 μm. You can even clearly see the display even when facing the harsh sunlight. But don’t expect these smart glasses to come in cheap though.

The awesome thing about this tech is that the company did all of it in a single lens, even measuring just 51 grams. It also featured the voice bot called XiaoAI assistant that acts as your primary assistant when you voice your commands. However, only the most important notifications will be able to get through you so you won’t be disturbed by unnecessary alerts from time to time. Aside from the typical stuff like receiving phone calls and taking pictures, you can also use the device to view smart home alarms, messages, and other information, this device can handle them all.

See also  Why Is Cybersecurity Essential To COVID-19 Vaccines Distribution?

As for the software, this device has an independent Android device that doesn’t necessarily need to be connected to the internet all the time. The company even suggested that this could be the future of smartphones. As for the hardware, it has an unspecified quad-core Arm processor, Bluetooth, Wi-Fi, and a camera on board.

A Device Not For Everyone

And as mentioned upfront, for a product of such capabilities, you can expect that the price will be “more than reasonable”. And since it’s still in a proof of concept stage, it may not even exist at all in the future. However, coming before Apple’s iPhone even and after Facebook and Ray Ban’s announcement, the announcement is enough to indicate that Xiaomi intended not to be left behind in the AR space.

New CO2 Battery Might Be The Future Of Renewable Energy Storage
China Gearing Up To Activate The World’s First Molten Salt Reactor
Future Smart Factories Expected To Ride On 5G Revolution
What Is Artificial Intelligence? What Is It Really And Where Are We Going?
ScoutCam’s Resilient Camera-as-a-Sensor™: The Camera of the Extreme
Tags: Camera Check Out Xiaomi’s Newest Smart Glasses Concept! chinese electronics future Gaming phone sci-fi smart glasses smartphone Tech news xiaomi