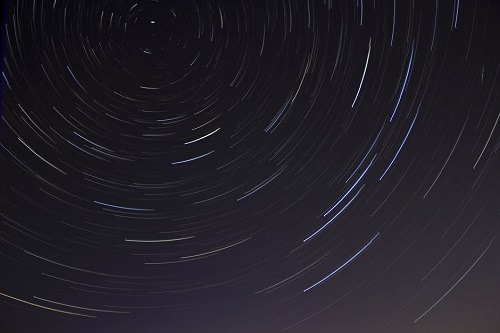 Solar panels have been hailed as one of the most important energy technologies made by the modern man because theoretically, they can produce infinite amounts of energy. But there are still problems with it. First, you often need ample sunlight to produce energy on demand for your daily life. There are many places in the world where this can be a major problem, especially those with temperate seasons. Secondly, you can’t gather sunlight during the night so you’re always dealing with a limited time period where you can generate power for future use. That’s why scientists have long clamored for a new tech that can work both night and day to help solve those problems.

According to a paper published by the researchers at the University of California, Davis, if you want a solar panel that could generate energy at night, you just have to make it the exact opposite way solar panels work during the daytime. Think of it as an “anti-solar panel.”

How Do Anti-Solar Panels Work?

While solar panels are cold objects being pointed upwards to absorb sunlight and generate energy, the plan would work in reverse. The “thermoradiative cell” would be heated up and be pointed up the night sky. It will then radiate infrared light.

This is known as “radiative cooling” and if those outgoing heat can be captured, we could harness it to light our night cities. Storing solar power during the daytime can be quite expensive, so directly producing some nighttime power could perhaps lighten the load.

According to a statement, regular solar cells generate energy by capturing sunlight. But these devices will instead emit light and make the voltage and current go in the opposite direction. They may be made from different materials but the physics stays the same.

Jeremy Munday, a research head in the Department of Electrical and Computer Engineering at UC Davis shares that whether these devices are solar panels or anti-solar panels, they’ll still be “heat engines”.

The device uses a “thermoradiative cell” to generate energy, as opposed to the usual photovoltaic ones. And while conventional solar panels are mostly silicon, these devices have to be made with something very effective to effectively capture long-wavelength light. The researchers believe that mercury alloy would be perfect for this.

Currently, the team is working on some prototypes to see how well their concept would work.

If his panels work, we could start generating energy without relying too much on fossil fuel power grids and solar cell batteries.

Meanwhile, researchers at Stanford University are also exploring anti-solar panel technology. Their paper explored how a thermoelectric generator radiates heat to the sky to generate energy.

By using their thermodynamic power generator model, researchers at Stanford have worked out a proof-of-concept that could theoretically generate 2.2 kg / s3 without the need for external battery sources.

Just imagine what our society would look like if we manage to master the art of handling energy. Will humanity thrive more? Do you see free electricity for everyone? If not, do you feel the current worldview i.e., separation, competition, etc., might be just the last barrier that’s keeping us from liberating the way we live our lives?

See also  Smart Locks: How Secure Are They Really?

Finally, if it’s humanity’s worldview that we must always compete with one another, does it suggest that we might need to re-examine our beliefs in order to live in a more harmonious and fair society? It appears as though the solutions for a better world and life are already here, but the way we think keeps on pulling us back from a thriving world.